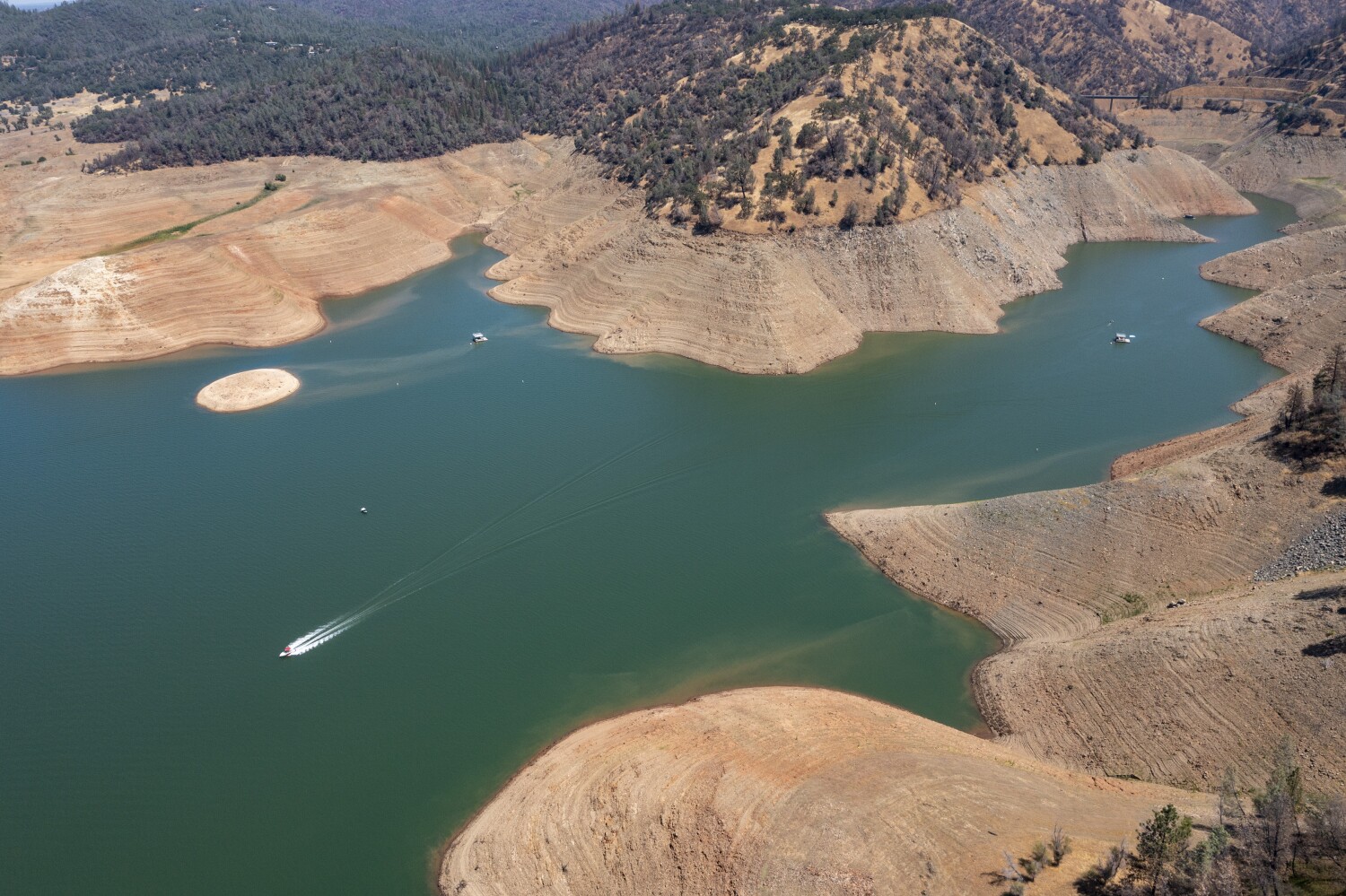 In July, Gov. Gavin Newsom called on Californians to voluntarily reduce water use by 15%. But state officials acknowledged that bigger steps may be necessary, and turning to statewide mandatory conservation measures will be an option.

“We’re going to be watching very closely here in the coming … months how that voluntary water conservation goes,” Natural Resources Secretary Wade Crowfoot said in a call with reporters. “We’ve achieved 16% water-use reduction since the last drought. So we know that Californians can step up. But the governor has been clear that we need to consider additional actions, and mandatory restrictions, you know, need to be on the table here as, if and when, the drought worsens.”

Californians in cities and towns across the state reduced water use by 1.8% overall in July as compared to the same month last year. State officials said they’ll be watching to see how the water conservation numbers look for August and subsequent months.

Crowfoot said the state has been focusing on supporting cities and water agencies in taking conservation measures based on their different local drought situations, and has been scaling up California’s Save Our Water campaign to get the word out about the need to conserve.

He and other state water officials spoke ahead of the Oct. 1 start of the new water year. California gets much of its rain and mountain snow between November and March, and the next several months will determine whether the state must weather a third dry winter.