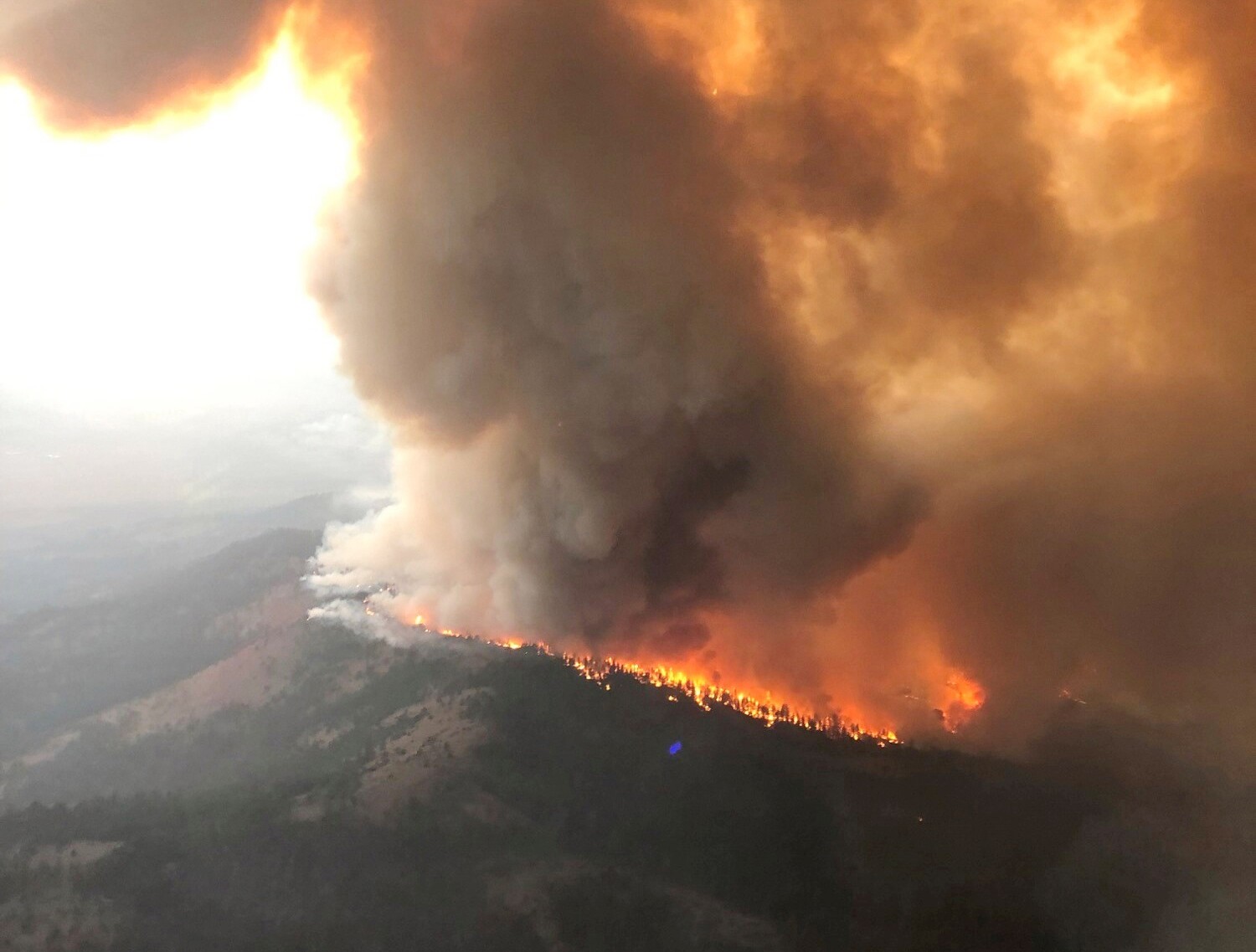 As crews turned a corner on the Caldor fire near South Lake Tahoe, the Dixie fire in northern California continued to rage, surpassing yet another worrisome milestone on Monday as it grew to more than 900,000 acres.

The fire ignited 54 days ago in the dense forest of Plumas County. In the days and weeks that followed, it garnered several ominous designations — including the second largest wildfire in California history, and the first of two to burn from one side of the Sierra to the other.

Now it is on the brink of joining 2020’s August Complex in infamy: That fire was the first in California to surpass 1 million acres, and the Dixie may soon join it. As of Tuesday, the fire had burned 917,579 acres and was 59% contained.

Officials said conditions are primed for the Dixie fire to continue to burn.

“For the next seven days, we expect no precipitation at all, which is what this fire really needs,” incident meteorologist Jack Messick said Monday evening. “It’s not there.”

Messick said sunny skies will meet with near-record heat in some areas of the fire this week, including temperatures in the high 90s around Milford and Herlong, where crews are scrambling to maintain containment lines along the 395 corridor.

Additional property loss has been reported in the north end of Dixie Valley, bringing the total number of structures destroyed by the fire to 1,282, officials said. Nearly 6,000 structures remain threatened by the fire.

The Dixie fire is also still very active in the rugged wilderness of Lassen National Volcanic Park, where firefighters are contending with steep terrain as they work to battle the flames.

Officials said they may get a break later in the week as winds dissipate and firefighting conditions improve. Portions of the fire are also lapping at the perimeter of the recent Sugar fire, and tying the two blazes together could help slow the spread of flames due to a lack of fuel, or unburned vegetation.

But, Dixie fire operations sections chief Jeff Surbur said, “this fire has proven its ability to sustain itself.”

Meanwhile, the fight against the Caldor fire south of the Dixie fire is not yet finished. The fire on Tuesday grew to 216,645 acres and was 49% contained, officials said.

Portions of the blaze along the northeast and southern edges remained active overnight, and crews on Tuesday will be focused on keeping spot fires in check and reinforcing containment lines.

But the battle to save South Lake Tahoe was by many accounts a success as crews last week managed to keep the fire from taking hold in the popular resort town. Officials credited aggressive firefighting, improved weather conditions and past forest management efforts with helping to prevent a worst-case scenario.

And although repopulation efforts in El Dorado County began Sunday after officials lifted evacuation orders, many residents are facing at least one remaining hazard: bears.

Authorities warned residents that wildlife had moved into the area’s empty neighborhoods and were rifling through trash, and South Lake Tahoe Police Chief Dave Stevenson told Sacramento’s KCRA that 15 of 17 recent calls about break-ins turned out to be bears.

Many of the wild animals were fleeing the fire, California Department of Fish and Wildlife spokeswoman Kirsten Macintyre said. At least one bear, named Tender, had to be humanely euthanized after he suffered third-degree burns on his paws.

“It definitely was not the result anyone wanted,” Macintyre said.

Although wild animals are generally resilient and know how to get away from wildfires, she said, “California’s fires have increased in frequency and severity over the last few years, and as a result, we are seeing burn injuries more frequently.”

Several bears and mountain lions have been treated for burn injuries in recent years. Tender was the first wild animal euthanized due to the Caldor fire, Macintyre said, but authorities may see more in the weeks to come. Residents who encounter injured or burned wildlife in the aftermath of a fire should contact the Wildlife Disaster Network for help.

Wildlife isn’t the only threat to residents as wildfire season barrels on. More than 2 million acres have burned in the state this year, the California Department of Forestry and Fire Protection said, and smoke from the fires continues to contribute to hazardous air quality across the region.

More than a dozen large fires are burning in California, and crews quickly responded to three new fires over Labor Day weekend: the Lawrence fire, the Aruba fire and the Bridge fire.

The Lawrence fire ignited Sunday in Fiddletown, Amador County — not far from the western edge of the Caldor fire — and burned through about 46 acres before it was contained, Cal Fire said. The cause of the fire remains under investigation.

The Aruba fire ignited Sunday in San Diego County and spurred some immediate evacuations. Officials were able to stop the fire’s forward progress, and residents were allowed to return home. As of Tuesday, the fire had burned through 54 acres and was 75% contained.

Placer County’s Bridge fire, which also ignited Sunday, remains active at 411 acres. Evacuation orders and warnings have been lifted, but the fire remains only 25% contained.

Mu COVID Variant: Here's Everything You Need To Know

South Florida Physician Says She Will Not See Unvaccinated Patients