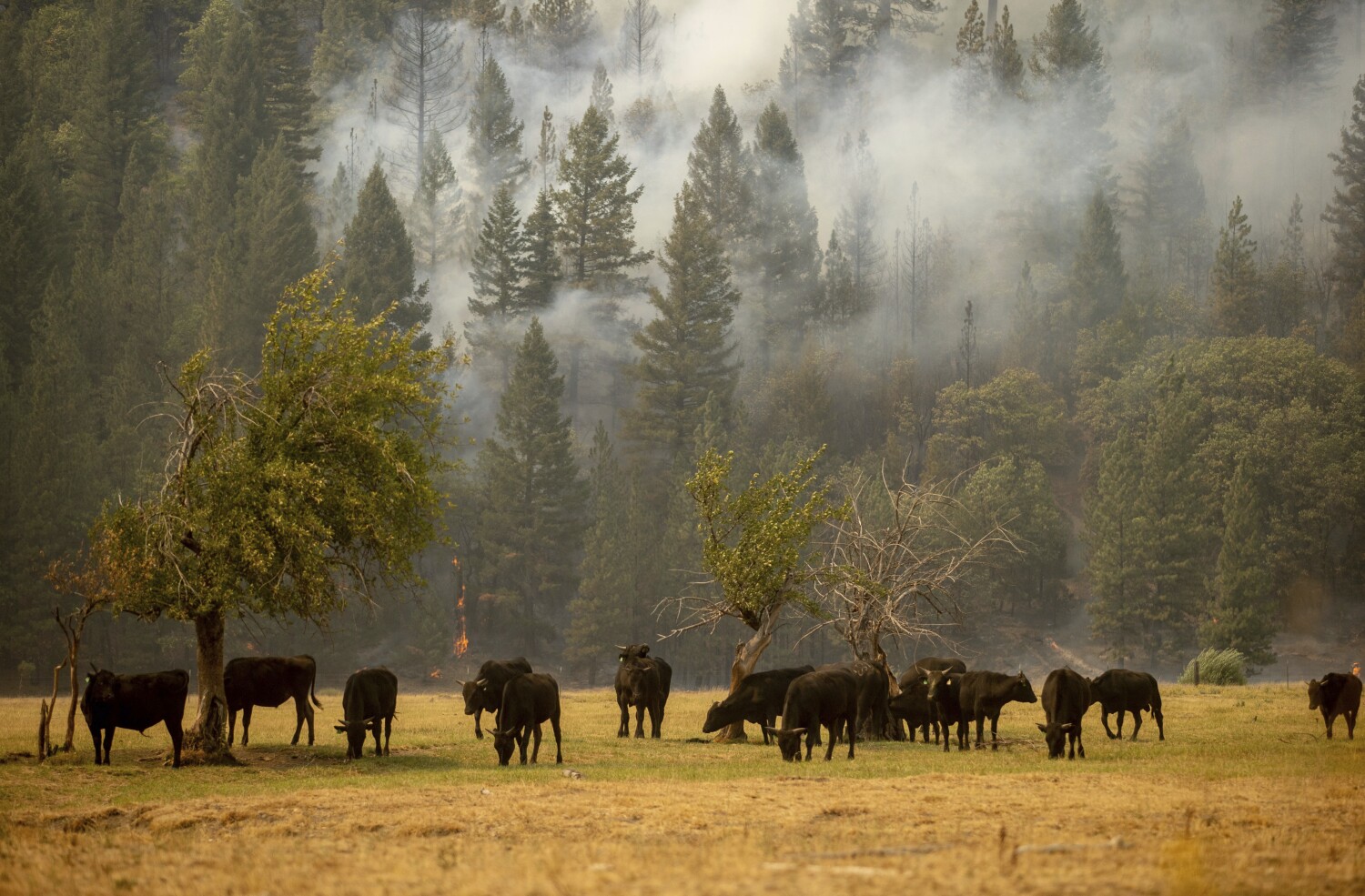 More than seven weeks after its ignition in the dense forest of Plumas County, California’s second-largest wildfire on record is still growing.

The Dixie fire, which now spans five counties in Northern California, swelled to 868,781 acres Friday — an increase of more than 9,300 acres from the day before — and was 55% contained, officials said. More than 3,800 firefighters are still battling the massive blaze.

“We’re 40-something days into a fire that’s … devastated communities, devastated a lot of the places we love, and shows no signs of wanting to stop,” said Plumas National Forest Supt. Chris Carlton at a community briefing Thursday evening.

Crews have made great gains on the back end of the fire, near where it ignited July 13 after a downed tree met with PG&E equipment and sent sparks flying. That side of the fire has been significantly contained, officials said Friday.

But the eastern edge of the fire is still active and hot. Officials said much of the focus heading into the weekend will be on keeping flames from spreading into Dixie Valley and Milford along Highway 395.

“Our top priority is to deal with what’s up on top of the rim and try to prevent the fire spread from coming down and impacting that 395 corridor,” operations section chief Jeff Surber said Friday.

New evacuation orders were issued in the Milford and Herlong areas this week. Nearly 13,000 structures are still threatened by the fire, and more than 1,200 have already been destroyed.

Some evacuation orders and warnings were downgraded or lifted on the fire’s less active side this week, and more repopulation is anticipated in the days to come. But Plumas County Sheriff Todd Johns told residents to brace for hazards as they make their return — particularly in the Greenville area, which was leveled by fire.

“There’s a strong chance that water will not be potable, and there could even be a no-boil use recommendation, which means that you can’t even use the water to brush your teeth,” he said, adding that there is “very little to no infrastructure” in the area.

An unsafe water alert was issued in the area Friday.

The Dixie fire is one of 16 large wildfires actively burning across the state, the California Department of Forestry and Fire Protection said. More than 1.9 million acres have burned this year.

More than 15,000 personnel are fighting the fires, including the Dixie fire and the 212,000-acre Caldor fire just south of the blaze. The two fires this month became the first to burn from one side of the Sierra to the other.

And even though some of the strong winds that fanned the Dixie fire earlier this week are dissipating, officials said other factors like heat and dryness will continue to pose challenges.

“[The fire] moves fairly quickly even when there’s no wind on it because it’s so dry,” Surber said. Some of the lower elevations in the fire area will see temperatures as high as 100 degrees on Labor Day.

Carlton, the forest supervisor, said firefighters and first responders are “working as hard as they can, day and night, to put this fire out.”

“That’s not going to change, no matter what happens, until we’re done with this,” he added.

What Vaccinated People Need to Know About Breakthrough Infections