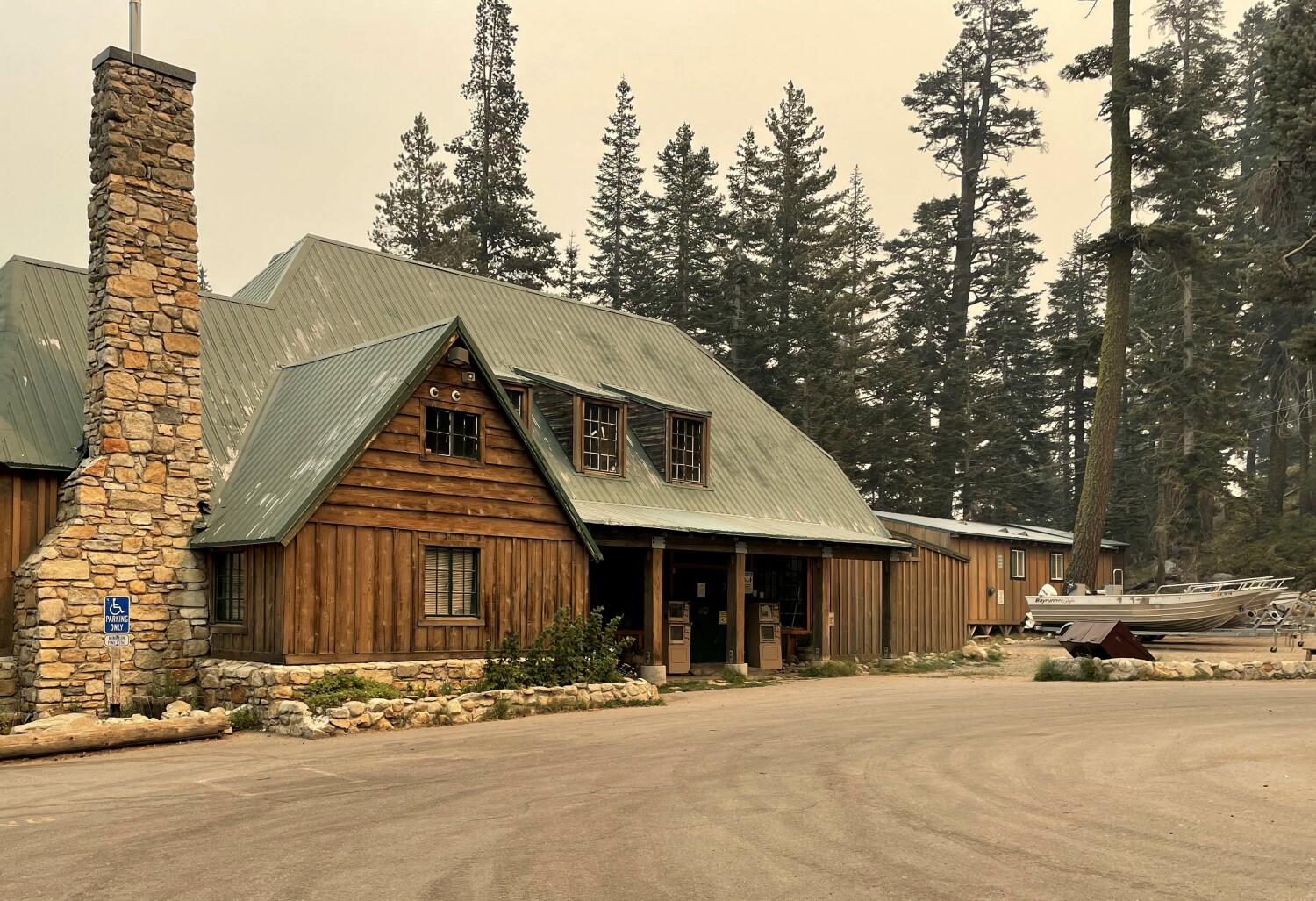 Few places are more beloved or secret on the road to Tahoe than Echo Lake. A dirt turnout off the highway takes the intrepid and the in-the-know though a winding forest path that drops down to a pristine Alpine hideaway anchored by a dock and a general store.

For generations, the Chalet — as the store is known — has served as the hub of a tightknit community that has owned cabins here for more than a century.

The cabins are seldom sold and cannot be rented. Most are accessed only by boat, with the Chalet running a water taxi for visitors and hikers. There is no electricity for most, and no running water, yet the lucky few who have access to the cabins speak in reverential terms of their wilderness splendor.

On Monday night, fire tore through the area. With flames leaping across the crowns of pine trees, the inferno became so intense that firefighters had to pull out, according to Caldor fire spokesman Dave Lauchner.

By Tuesday morning, trees were still aflame and a flank of the fire was moving largely unchecked into Desolation Wilderness as scores of firefighters fought to protect structures, including the nearby city camp for Berkeley.

But there were no resources to spare for the lake cabins, which can’t be accessed by road.

It was left to two men to save Echo: Loren Sperber and Josh Birnbaum.

Both men grew up here and can name the owners of nearly every cabin. Sperber is an off-duty fire captain. Birnbaum is a retired fire captain from Santa Cruz. Both worked at the Chalet as kids.

Two nights ago they came in alone and took a boat out to the cabins, defending them with all that they had — shovels, rakes, saws.

So far, Sperber said Tuesday afternoon, none of the cabins ringing the lake had been lost. The fire was still threatening them however.

The men were headed back out Tuesday, dirty, weary and determined.

“We’ve seen a lot more intense and threatening situations,” said Sperber of his time as a firefighter. “But having this be the most special place to many of us makes it unreal.”

Birnbaum shook his head. “Surreal,” he said, looking out on the water, its surface shrouded in smoke.