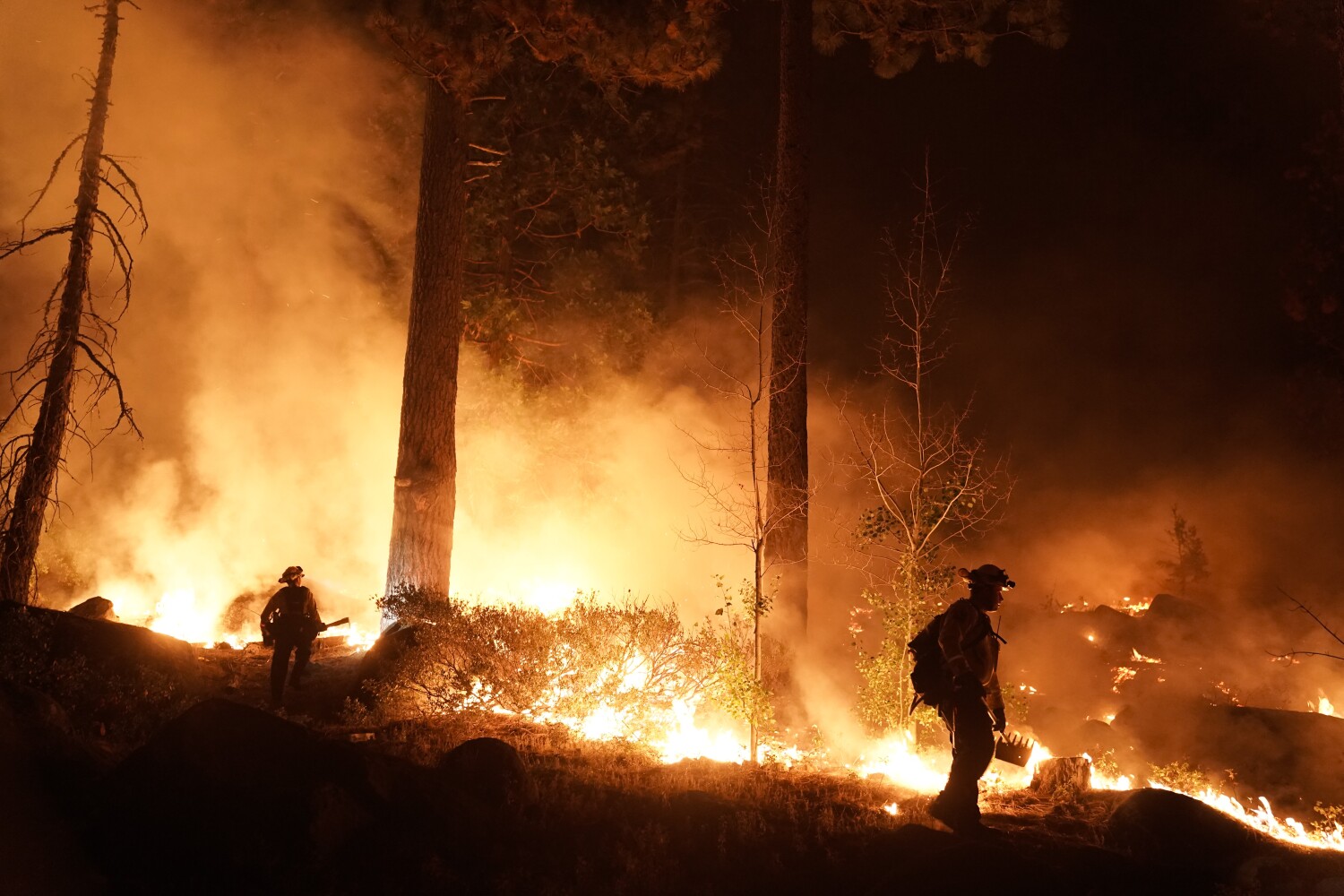 Evacuation centers are at capacity. Large portions of Highway 50 are shut down. Thousands of residents have fled their homes.

But officials on the front lines of the the raging Caldor fire insist they are ready for what may come in the following days — even as the wind-whipped fire makes it way into the Lake Tahoe Basin.

“We have been preparing for this firefight in this area,” said Capt. Brian Newman of the California Department of Forestry and Fire Protection. “We have been planning and preparing, and we’ve ordered resources to deal with the impact of the fire that came into Lake Tahoe.”

Those plans include hundreds of California National Guard soldiers and U.S. Army personnel who have been deployed to battle the blaze. More than 3,000 firefighters from Cal Fire, the U.S. Forest Service and other groups have already been assigned to the fire.

Forest Service officials on Monday also announced the closure of all national forests in California to protect firefighters and prevent further conflagrations. The closures begins at 11:59 p.m. Tuesday, and ends at the same time Sept. 17.

Although there are more than a dozen large wildfires burning across the state, Cal Fire chief Thom Porter last week said the Caldor fire was the top firefighting priority in the nation.

“It is that important,” he said. “It is knocking on the door to the Lake Tahoe Basin.”

Strong winds helped fan the flames, with Newman reporting an “active fire front” near Echo Summit, not far from where the Sierra-at-Tahoe ski resort was reported to be in flames.

Winds also sent embers flying into the Tahoe Basin, and by Monday evening the fire had already made its way into Meyers and Christmas Valley, Newman said.

Cal Fire spokesman Chris Anthony said federal, state and local fire and law enforcement agencies “have been working diligently to prepare Tahoe for this exact scenario” since the Angora fire of 2007 — another wind-driven wildfire in El Dorado County that spurred evacuations and destroyed more than 200 homes.

“We knew it could happen, and we spent millions of dollars and thousands of hours on public education, evacuation planning, community meetings, defensible-space inspections, shipping programs, home-hardening outreach, fuels-reduction projects and prescribed fire and forest health projects,” he said.

Yet the Caldor fire’s behavior has been anything but predictable. Only days ago, crews thought they had turned a corner on the fire — only to be met with strong winds and extreme dryness that forced those gains to slip away.

Porter said the Caldor fire and the nearby Dixie fire are the first to have burned from one side of the Sierra to the other.

Crystal Kolden, a fire scientist at UC Merced, noted that an “urban conflagration” in the South Lake Tahoe area would move faster, burn hotter and be significantly harder to fight than a wildland fire, as homes and other structures would provide additional fuel and produce “tremendous embers.”

Kolden said the likelihood of the fire moving into Tahoe was “feeling pretty inevitable” as crews were essentially moving into triage mode.

She noted that the fire’s significant smoke could make aerial operations difficult, and that there are thousands of structures in the lakeside area that would potentially need to be defended.

“I really hope that I’m wrong about this, and they get a lucky break with the weather,” she said.

“But right now, the weather does not really look like it’s cooperating, and this fire has so much energy that it’s going to be really tough to try to control it in what are some of the most challenging conditions you could possibly imagine.”