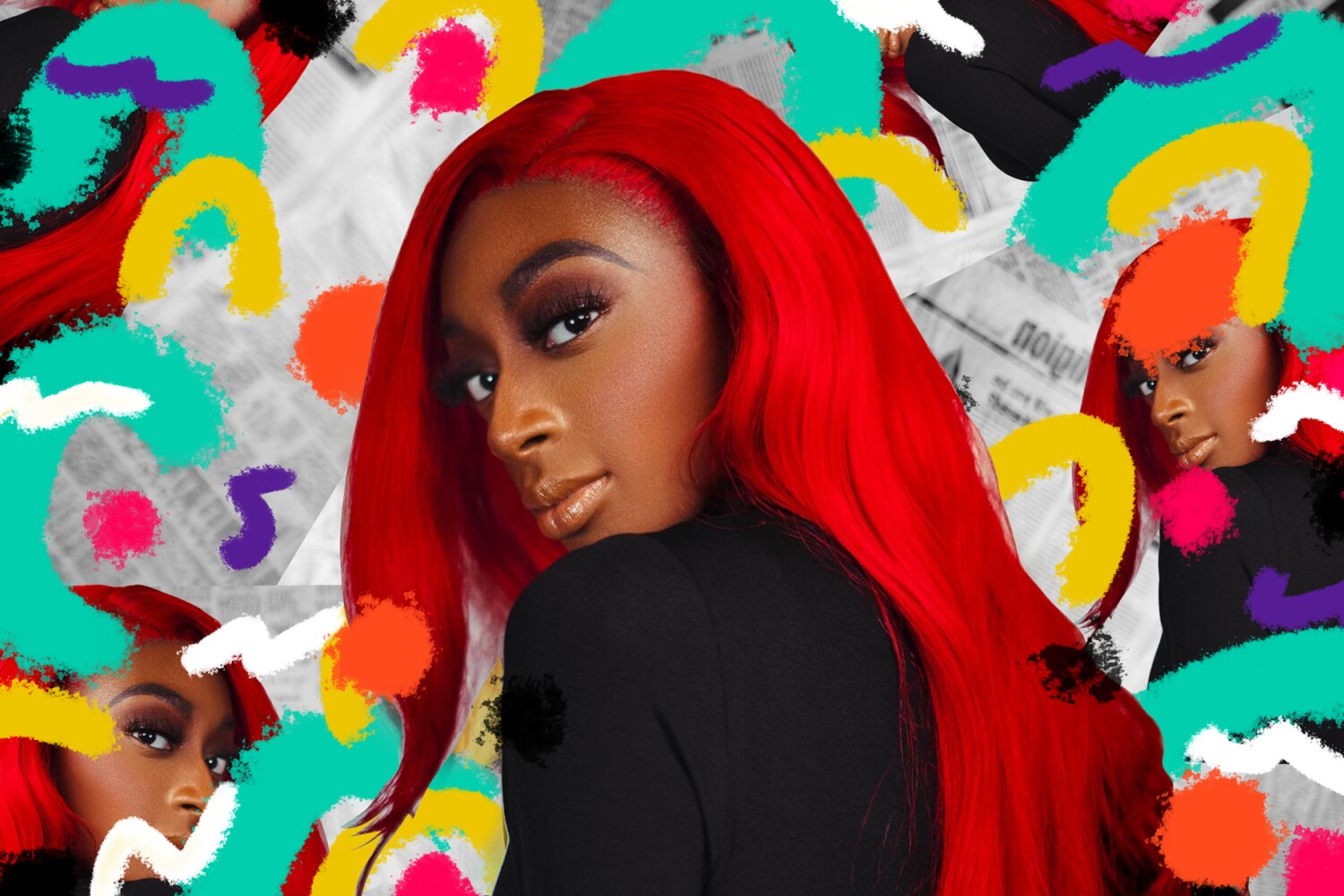 If you’ve never seen a Nicole TV video, you might not get it at first. Minutes after her water broke, Jones jokes about showing the camera her amniotic fluid. She asks her husband if he wants to bring his Playstation and, in peak Gen Z fashion, shows off her hospital fit (a form fitting black dress, a brown Michael Kors jacket and a matching purse) in front of a ring light while her contractions get stronger. To the uninitiated she’s funny and goofy, but her millions of fans know her real strength is in her ability fluidly move between levels with ease; in the next breath, the same woman gets a little more serious and tells the other young mothers out there that she’s sorry if they have to go through this alone.

Jones’ fans — 8.4 million on TikTok, 7.3 million on Instagram and 5.4 million on YouTube — know that she contains multitudes. They’ve been there since her parody ponytail tutorial went viral on YouTube, they’ve watched her music career grow and now they’re turning her new Snap Original series, “Meme Mom,” which gained more than a million subscribers halfway through its first season.

As the Snap Original’s title implies, even if you don’t know Jones’ name, you’ve seen her face in countless memes, thanks to her ability to turn simple acts like looking down at her phone or straightening her hair into evergreen content capable of enhancing any joke or expressing the full range of human emotion.

Now, at 20, Jones is adjusting to life as a newly married mother and a seasoned but underrated social media influencer who grew up too fast.

“It’s just a struggle between creating who I want to be, and modifying who I used to be,” Jones said during a recent Zoom call from her home in Atlanta.

The internet as escape

Jones was born in Montgomery but moved to Sylacauga, Ala. (population just over 12,000) when she was in fifth grade. Sylacauga, she said, was a kind of racist town in the middle of nowhere. “It wasn’t really a fun place to grow up,” she said.

Her home life didn’t make up for it. In August she posted a video where she visited her childhood home — a run-down one story house off a long country road — and talked about how she struggled with abuse, depression and a difficult relationship with her mother growing up.

“Being pregnant really made me forgive my mom,” Jones told The Times. “She would always apologize for things but I didn’t truly forgive her until I was pregnant with my own child.”

The internet became her escape. At 13 she started posting short comedy videos. “I used to just make my little hood Vines and Instagram videos for a few seconds,” she said. “But when I saw it taking off on YouTube and so many people were happy I was like ‘ooh.’ And the reactions and the energy, it just made me feel good. And especially since I was in a bad place in my life, it was kind of like my outlet.”

Her biggest viral hit was her ponytail how-to. A parody of a beauty tutorial, Jones refers to herself as an “edgeless thot” and offers advice like “if you can’t use gel on your hair, then use … gel” while creating a hairdo that can best be described as a sad unicorn horn.

Her early repertoire consists of more bizarre beauty tutorials and skits that poke fun at the small moments in life (when someone has an ugly baby, when you’re FaceTiming bae when your friends are around). She has a particular talent for capturing life for young Black girls, like the perils of asking your mom if your friend can stay over or her “Ghetto ASMR” video, where the sounds include the clicking of acrylic nails and the tap, tap, tap, tap, tap of someone patting an itchy weave.

“None of it is planned,” she said. “I always do what I feel like doing. So if I’m not feeling it, I’m not doing it. But when I’m feeling it, I’m just my best self, and I just get real creative.”

She doesn’t come off as a standup comedian so much as the funniest and most awkward person in your friend group. As she’s gotten older she’s put out fewer sketches and more glimpses into her life and personality. On the day news broke that Joe Biden won the 2020 presidential election, she made a song called “Bounce it for Biden” and twerked, despite being in her third trimester. In the video she wears a bra and sweatpants, and her undone hair is in a set of corn rows. That, too, is part of what makes her relatable — when she wants to get dressed up she doesn’t mess around, but she’s just as comfortable showing off her unpolished side.

(Sometimes she combines the two. During our Zoom interview, Jones wore a black onesie and a red bonnet that matched her nails. Bonnets, she notes, are basically hats, and she has one in every color.)

At the same time, Jones is open about the dark side of internet fame. She left home when she was 18 to move to Atlanta. “I was just by myself, literally,” she said. “I was 18 years old in a four-story house, by myself.” She went to the club for the first time, she tried to make friends, build relationships. It didn’t always work out. “It was pretty scary. I didn’t like it at all.”

She experienced then what several TikTok influencers are experiencing now. When you’re a teenage content creator the thing you started doing for fun becomes a job, and suddenly you’ve started a career before graduating high school.

In the last year Jones’ life has changed dramatically, and it’s all played out on her channel. She bought a house, got married, had a baby and turned 20 (in that order). Jones was private about her pregnancy — she shot a campaign for Mac Cosmetics while hiding that she was five months pregnant.

“I’m not the same girl who was making ponytails. That’s not me,” she said. “I used to be freer than I am now and more expressive, but now I’m more sheltered, and closed and private because I have to be. I can’t really be as open as I used to be. But I’m learning and getting back right.”

Jones isn’t becoming a mommy blogger, but motherhood has clearly made an impact on what she discusses, and fans are now reconciling that image with the self-sufficient young woman she’s been all along.

“A lot of people just assume because I’m funny that I’m immature, but that’s not true,” she said. “I can still be free and fun. Just because I’m a mom doesn’t mean my life is at a standstill.”

A recurring theme for her on the show and on social media is the less-talked-about side of pregnancy. She didn’t know that her body would change, that as a dark-skinned Black woman, the skin on her stomach would get darker post-pregnancy or that she might deal with other changes like hair loss.

“I’m actually kind of nervous because on the show, you can see my postpartum hair loss. I was kind of self-conscious about that,” she said. “I just like the fact that I get to be the example because if it wasn’t for me, nobody would know … I like how I bring a lot of people comfort, a lot of real regular people. It’s OK not to be OK.”

From ‘Bundles’ to brand deals

Like many OG YouTubers who found fame on the app before the creator economy took off, Jones is ready to branch out. In recent years she’s released a handful of rap and R&B songs. In 2019, she released “Move Like a Snake,” a silly and repetitive freestyle with a catchy beat. Missy Elliott performed on the remix. Two years later, a freestyle she did with her now ex-best friend (following a very public falling out) Ti Taylor of the Taylor Girlz turned into the viral hit “Bundles.” Lizzo twerked to the song on TikTok with SZA, and Flo Milli appeared on a remix that has more than 10 million streams on Spotify (the original has more than 40 million).

Next she’s appearing in a remix of another song that went viral on TikTok, Hxllywood’s “Sneaky Link,” and working on her own album with her record label 300 Entertainment. In her eyes she’s migrating from influencer to artist. Comedy, while it came naturally to her, was a means to end, but music was what she wanted first.

“At first I was doing what I had to do,” she said. “But now I’m branching off to doing what I want to do, and that’s where my power is.”

It’s been a long time coming for Jones — seven years. While other creators who got big on Vine, YouTube and now TikTok have become mainstream acts, even with smaller fan bases, it’s only in the last two years that she’s started to break out of the box of being Black famous to being just famous.

She’s ready. She wants to upgrade from Snapchat to Netflix. She wants bigger brand deals, real commercials, shoe deals, Coca-Cola and a McDonald’s meal too.

“I want to be a food! I want to be a chicken nugget!” she said, laughing. “I feel like a lot of people would get it, even if I had my own milkshake. Y’all let me represent, let me show y’all how it’s done. Put on for people like me.” 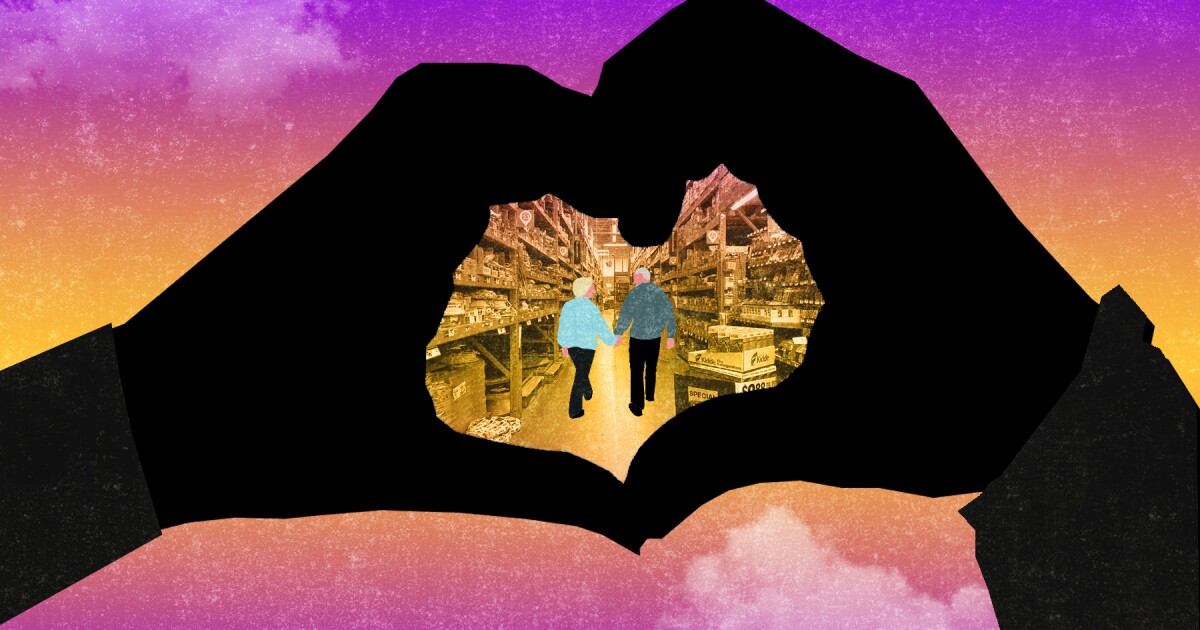