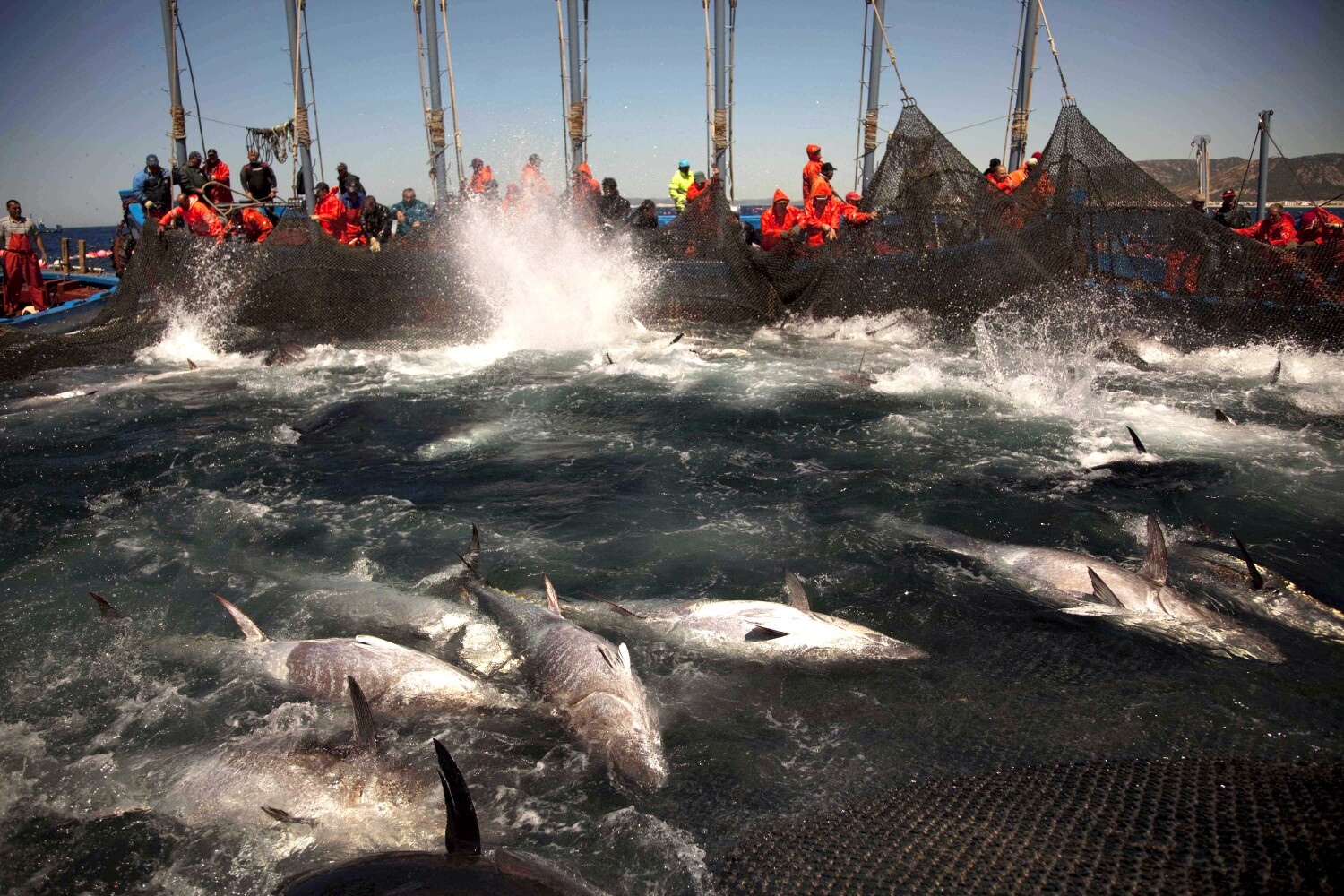 Whether it’s lunch from a seaside clam shack or a dinner at a five-star restaurant, few things delight the palate like fresh seafood. But there is a global seafood crisis today that threatens the sustainability of the entire industry, an epidemic of illegal and unethical fishing labor practices.

I’m a chef. While I do my best to serve local oysters, line-caught tuna and Alaskan halibut at my restaurants, as much as one-third of the wild-caught seafood imported into the United States has been harvested through what is known as illegal, unreported and unregulated (IUU) fishing.

IUU fishing can include operations such as fishing in a Marine Protected Area, where the practice is not allowed, underreporting a catch and fishing on the high seas in contravention of internally agreed-upon management practices. This doesn’t just imperil fisheries across the globe. It is also inextricably linked with human rights abuses, including human trafficking, against fishing crews and the workers who process our seafood.

When I serve seafood to my customers, I want them to be confident that it was caught legally and that everyone involved in its catch and production was treated humanely and ethically. Right now, that is all but impossible. Unless you are dealing with a local fisherman, you can’t trace the journey of a particular fish from the moment it’s caught until it is served.

Illegal fishing reduces the competitiveness of fishing operations that follow the law and suppresses wages in the industry. Overfishing depletes fisheries, necessitating longer voyages for workers. As it has become harder to find people willing to labor under such conditions, some fishing captains have turned to human trafficking and even slavery.

Congress can help by passing the Illegal Fishing and Forced Labor Prevention Act (HR 3075). This bill would expand traceability requirements for imported seafood, strengthen enforcement against human rights and illegal fishing crimes, increase transparency of the entire seafood supply chain and help the United States pressure other countries that turn a blind eye to illegal fishing and human rights violations to take a stronger stance.

The United States currently has several tools in place to fight IUU fishing and labor abuses — including the Tariff Act, the Seafood Import Monitoring Program and the High Seas Driftnet Fishing Moratorium Protection Act — but U.S. agencies have not used them to full effect.

By explicitly linking human rights abuses to IUU fishing, HR 3075 will allow the agencies that work to combat these crimes to get the information they need to effectively enforce existing laws.

With passage of HR 3075, the Seafood Import Monitoring Program would track all species of seafood instead of the 40% currently covered. It would expand the program to gather more information on the path the seafood takes, from catch to plate, better ensuring that the products we’re importing come through legal channels.

At a recent committee meeting on the legislation, Rep. Jared Huffman (D-San Rafael), said, “… IUU is not just a problem internationally, it’s our problem because we are the top importer of seafood in the world …. Because of gaps in our current policies the U.S. imports a lot of this illicit seafood …. There’s another reason to confront the scourge of IUU fishing: Forced labor is a cheap way to fish, and because our fisherman play by the rules, it puts them at a competitive disadvantage in the marketplace.”

The legislation would expand the use of automatic identification systems, tracking tools that can aid in monitoring shipments, helping identify vessels at higher risk of labor abuses, and overall enforcement. Seafood importers will be required to provide the unique mobile maritime service identity associated with their system as a condition to import seafood into the U.S. The lack of these systems is just one factor that has made it easier for billions of dollars’ worth of unethically sourced seafood to be brought into the United States every year. HR 3075 will close loopholes that allow this to happen.

I want to serve good seafood at my restaurants, not just succulent and fresh, but good seafood, that I know was caught using sustainable methods and with crews who are well treated and paid fairly for their work.

As the world’s largest importer of seafood, the United States has a responsibility to act against illegal goods entering the U.S. market and to protect the workers in this industry. Passing HR 3075 will get us closer to that reality.

Tom Colicchio is a chef and the founder of Crafted Hospitality.

Five Reasons Why You Must Include Cheese in Your Daily Diet

Did You Know? Your Favourite Foods Could Disappear Due To Climate Change