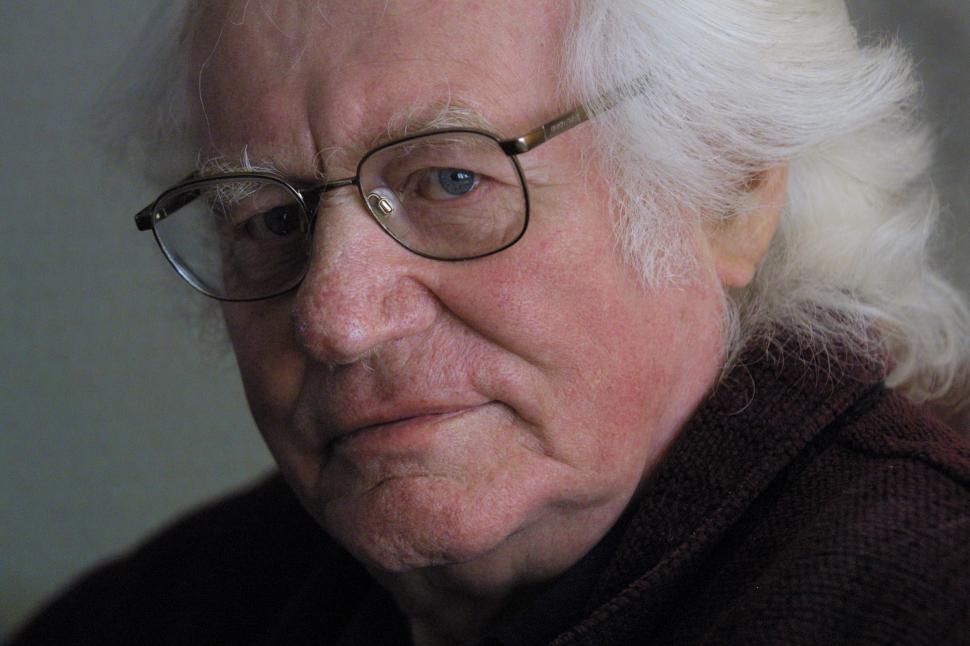 Robert Bly, one of America’s most influential poets, whose ideas about masculinity inspired a controversial national men’s movement and an equally fierce feminist pushback, has died at 94.

Bly’s death was confirmed by Cora Markowitz, a spokeswoman for the Georges Borchardt literary agency, which represented Bly, the New York Times reported. She did not know when or where he died.

Heralded within literary circles as a brilliant poet and translator, the Minnesota native ironically gained most of his fame through his first work of nonfiction, “Iron John: A Book About Men.” The 1990 book, which rode the bestseller lists for a year and sold a quarter-million hardback copies, explored the deep sense of grief and alienation in American men.

Drawing heavily upon myth, metaphor and Jungian psychology, Bly primarily blamed the Industrial Revolution for taking adult men out of the home, thus destroying the essential bond between fathers and sons. With fathers out of the home, sons were not properly initiated into manhood, he wrote. The result was estrangement from the father and a desperate search for a meaningful definition of masculinity, he concluded.

While critical of macho behavior, the former Vietnam War protester nevertheless urged men to reclaim their fierce natures. Many men, in an earnest attempt to disavow themselves of male macho-ness, had become overly feminized and had abandoned their wildness — a vital component of masculinity, Bly said.

His ideas spawned thousands of male-only groups around the nation. The gatherings often took place around camp fires and revolved around drum beating and emotional disclosures about family relationships.

This so-called men’s movement attracted its share of criticism and even satire. Many feminists attacked Bly’s work and men’s groups as nothing more than a transparent attack against the women’s movement. One reviewer said Bly portrayed women as “a race of emasculators.”

Other critics viewed the enterprise as little more than an indulgence of white, upper-middle class baby boomers. Sitcom writers and cartoonists also took aim at Bly and the men’s groups, frequently lampooning them as grown-ups acting like children.

Bly was born Dec. 23, 1926, near Madison, Minn., the second son of a Norwegian American farmer. As a youth on his family’s farm, he often split his time between chores and reading.

It wasn’t until he joined the Navy near the end of World War II that he discovered what would become his lifelong passion.

“During a class on radar, [my teacher] wrote a poem as I watched. I had somehow never understood that poems were written by human beings, and I still remember that moment with delight,” Bly told the New York Times Book Review in 1984.

After his discharge, Bly enrolled in St. Olaf’s College in Minnesota. His intent was to become a doctor, but he soon transferred to Harvard University, studied English literature, and learned Greek, Latin and German.

Upon graduation, Bly spent six months alone in a cabin in northern Minnesota in hopes of stoking his creative fires. After that, he moved to New York City, where he spent three years writing poetry and working at a series of part-time jobs, including typist, clerk and house painter.

“I lived like an orphan,” Bly once told Time magazine.

Bly’s first formal attempts at poetry came while he was in the master’s program at the University of Iowa.

Titled “Steps Toward Poverty and Death,” the work was generally well-received. It was also during this time that Bly married his first wife, Carolyn, a writer whom he’d met at Harvard. They had four children before divorcing in 1979.

Bly, however, steadfastly resisted taking a permanent academic post; he had long maintained it would dilute the strength of his writing.

To make a living, he accepted only occasional teaching assignments and translated the works of Scandinavian and South American poets, including Pablo Neruda, the Chilean poet and Nobel Prize winner. Many of the translations were featured in a journal he co-founded, in part, to acquaint “isolated” and “old-fashioned” American readers with poets of the world.

It was Bly’s second collection of poetry that established his reputation as an important American poet.

Published in 1967, the fiery anti-war collection “The Light Around the Body” mercilessly attacked American foreign policy. The work contained such titles as “Johnsons’ Cabinet Watched by Ants,” “Those Being Eaten by America” and “Driving Through Minnesota During the Hanoi Bombings.” When the collection won the National Book Award, Bly donated the prize money to an anti-draft organization.

In a 2000 interview with the Paris Review, Bly said it was likely his bohemian leanings or his desire to work alone that kept him from taking a university assignment and the livable wage that came with it.

“I still say to my wife sometimes ‘You know I really should have joined a university. Then I could have one of those little white houses in some New England town, and there would be a sun porch and a salary; and when I got to school there would be these happy faces longing to see me.’

“And then she says, ‘You would have gotten fired anyway because you never keep your mouth shut.’”

Bly’s later works were much more personal and reflective of his roots in small-town Minnesota. They were known for their surrealism, their nonacademic nature and their focus on the connections between the natural world and the human mind.

“Bly is attempting to write down what it’s like to be alive,” wrote one reviewer for the New York Times Book Review. “A state in which, he implies, not all readers find themselves all the time.”

In 2006, the University of Minnesota bought Bly’s archives, which contained more than 80,000 pages of handwritten manuscripts and a journal he had kept for nearly 50 years. He was named Minnesota’s poet laureate two years later.